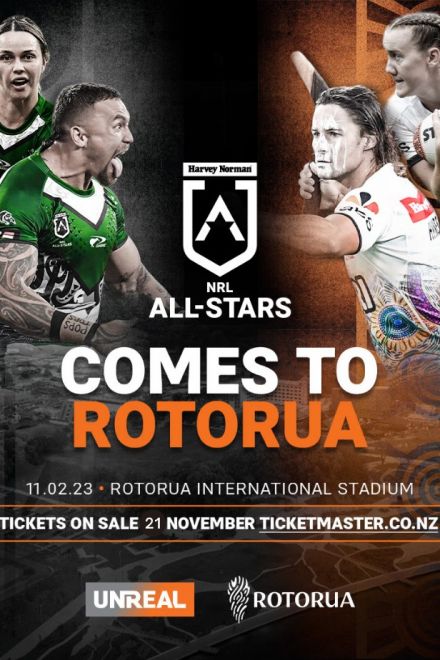 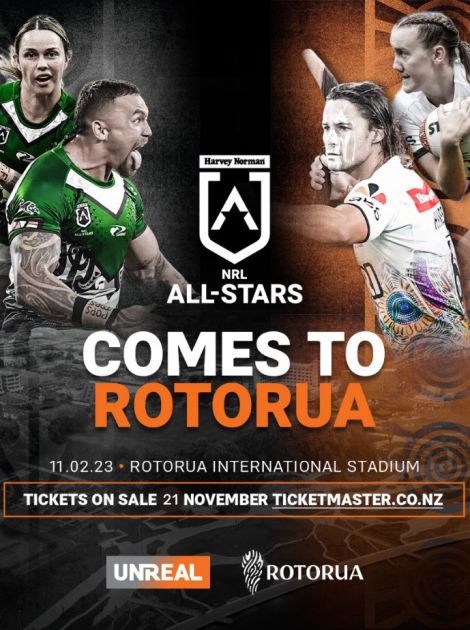 Experience an event like no other, where two cultures with real pride and tradition go to battle in an unreal exhibition of skill, athleticism, and passion!

Be there to witness history as the Aotearoa NZ Māori All Stars play their first ever game on home soil.

The 2023 contest will be played at Rotorua International Stadium and featuring men’s and women’s encounters, will land on New Zealand shores for the 12th All Stars fixture – and the fifth between the Māori All Stars and the Indigenous All Stars.

New Zealand Rugby League (NZRL) CEO, Greg Peters, says the upcoming clash is monumental for the sport and to see the world’s best represent their people and connect cultures through rugby league is something truely special.

“NZMRL tournaments attract thousands each year, so it’s only right for the Māori All Stars to play host and perform in front of whānau, friends and their rugby league communities.”

The 2023 All Stars game coincides with the 50-year anniversary of the first Indigenous Rugby League tour of New Zealand. 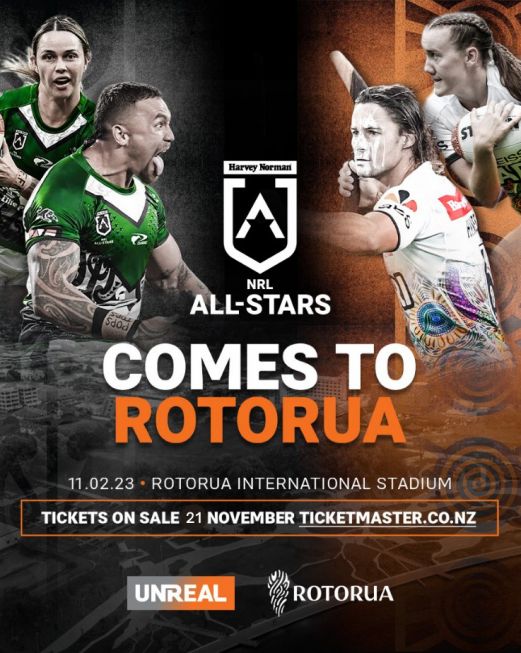 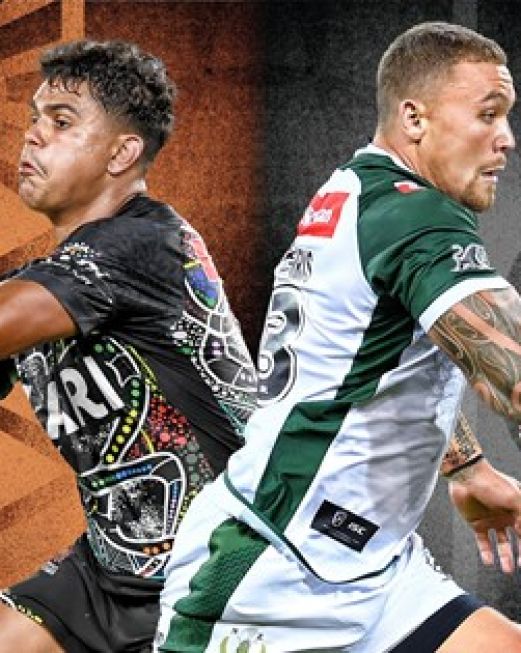